SENSE IN THE CITY

NOT JUST A SCOOTER - A SMART SCOOTER

With the IoT extension and technologically advanced model of the BGauss B8, many more things are remotely accessible at just a few taps on your phone! The BGauss app and your e-scooter are well synced to provide the information you need, whenever and wherever.

From your battery health to the state of charge and everything you need to know.

This covers all your riding history and analyses like distance travelled, speed, time taken to travel, date & time of journey, location A to B etc.

When you're not sure where your scooter is,the GPS tracking will help you with direction and the exact location, no matter how far that might be.

You will be notified if you happen to park, your e-scooter in No Parking Zones or areas that might not to be appropriate for it.

Create a custom fence of a defined radius around your location and you'll be notified whenever your e-scooter crosses it.

To keep an eye on your e-scooter when someone else is riding it.

You can look at your scooter remotely with the app!

Getting an electric scooter like BGauss can cut down your running cost by 73,350 in comparison to a fuel scooter. In addition to saving on costs, electric scooters also help save energy and conserve the environment.

While it may seem like slightly higher initial investment, an electric scooter can give you better returns and savings over the years, significantly cutting down the overall costing and impact on the environment and lifestyle. It can alsmost become free of cost after a span of three years!

According to the World Health Organisation (WHO), air pollution is closely followed by noise pollution in the impact it has on health. With a population of about 130 million, India is already facing major breathing issues in most metropolitan cities. 33 of the 100 most polluted cities in the world are in India and the statistics are mind-boggling. And automobiles are the primary source contributing to this, with an estimated 261 tonnes of CO2.

From eye, nose mouth and throat irritations to cancer - air pollution can cause a plethore of illnesses, along with indirect health issues like radioactive radiations causing skin diseases due to the constantly depleting ozone layer.

Noise pollution caused by vehicles rise above the set limit in a number of Indian metro cities. While horn cause a nuisance, the engine and silencer noise contribute equally. According to studies, exposure to 93 dB noise for more than 8 hours a day can lead to temporary or permanent hearing loss.

With BGauss, we're aiming to contribute to the conservation of environment and elevate lifestyles. Our electric scooters give out zero CO2 emissions and are almost silent in operation. What's more, The National Electric Mobility Mission Plan 2020 was announced with a mission to reduce adverse environmental impacts and secure energy. The plan majorly incentivizes use and production of electric behicles in India. Fame India - Faster Adoption and Manufacturing of Hybrid and Electric Vehicles in India - is a part of this plan. With the governement's initiatives and intent in the immediate future, our vision of making sense in the city and helping create a better tomorrow
would develop into a shared one!

With an option to charge your vehicle on the go, there's nothing to hold you back! Most electric scooters come with a conveniently chargeable battery. And BGauss comes with an extra edge. 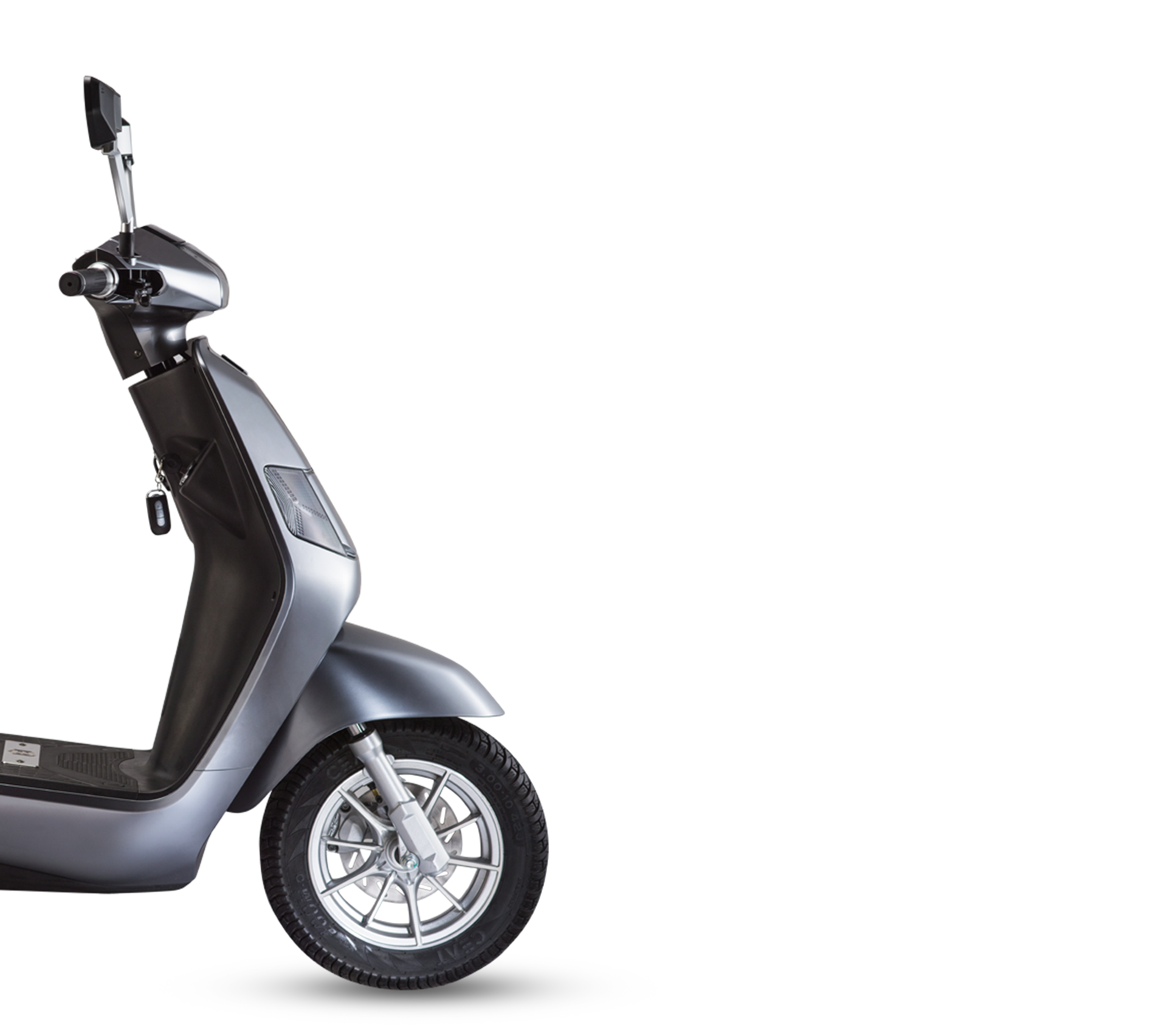 The removeable battery option in our flagship electric scooter in India - the BGauss B8 Lithium-ion makes it even easier to get your scooter going in a jiffy, with a stylish and portable battery, that can be removed! So no matter where you need to go, what floor you stay on, where you travel - you have a battery that's just as smart and flexible.

You don't need to keep checking on your scooter everytime you keep it to charge. The BGuass electric scooters, whether with a removable battery or a non-removeable one, takes about 3 hours to charge fully. So while that's taken care of, you can take a break, get your chores done, or simply sit back, and recharge yourself!

All you need to charge your BGauss electric scooter is the standard Type D outlet. So if you're visiting your guests or having a delicious meal or at office, you can just plug in and let your scooter charge up.

All information is subject to specific conditions | Copyright © 2022 BGauss. All rights reserved.